Toronto and several other Canadian cities have adopted a novel and environmentally friendly approach to attacking icy roads when temperatures plummet – beet juice.

Traditional de-icers like rock salt aren’t very effective at temperatures below – 20 C. About five years ago, the City of Toronto began to replace the salty brine that’s mixed with rock salt and spread on streets with sugar beet juice. The new concoction continues to work to at least – 30 C, long after rock salt has lost its effectiveness.

When the sugar is extracted from sugar beets, a molasses like substance that smells like soya sauce or burnt coffee is left over. Before its ice busting properties were recognized, it was dumped down the drain. The beet by product is environmentally friendly and non-toxic. In fact, you can drink it, but it doesn’t taste very good.

The beet juice extract isn’t cheap – it’s about five times more expensive than regular salt brine but it works longer and less has to be used on roads. Some municipalities estimate that beet juice has reduced their use of rock salt by up to 60%. That’s good news for the environment. Cities like Toronto only bring out the beet juice when it gets really cold. Even then, they don’t use it on all city streets. It’s used strategically at critical locations like hills and on bridges.

Beet juice is not the only food by-product that’s being used to melt ice. Mozzarella cheese brine is being used in Wisconsin, and sugarcane molasses are used in Minnesota to help keep roads ice free.

If you have questions about keeping your sidewalks, driveways, or private roads and parking lots ice and snow free this winter, contact 5 Star Landscaping in Calgary.

If you live in Canada, you’re probably familiar with city trucks roaming the streets after a snowfall, spreading de-icer in their wake. You might even use salt based de-icer on your own sidewalks and driveway. But have you ever wondered how salt causes ice to melt?

Salt lowers the freezing and melting temperature of water. Water freezes when heat is removed and the molecules stop moving and get so tightly packed together they form a solid mass. That usually happens at 0 degrees Celsius. Add salt to the mix, and it keeps those water molecules excited and water liquid until the temperature drops even lower.

In order for salt to melt ice, there has to be water present. A sheet of ice usually has a thin layer of water on its surface. When a grain of salt lands on it, it starts to dissolve, mixes with the water, and lowers the temperature at which it freezes.

De-icers are available under a lot of different names but almost all are made from five common ice melting products.

Calcium Chloride is the old standby and it’s very effective. It can melt ice at temperatures as low as -31 C. It’s also exothermic which means as it dissolves, it gives off heat, melting ice faster. However, it destroys metal and can be very harmful to the environment if overused.

Sodium Chloride, or good old rock salt is inexpensive and effective to between -6 and -7 C. It’s less damaging to concrete than Calcium Chloride but will cause metal to corrode and can damage plants.

Potassium Chloride is expensive but is very effective when mixed with rock salt. It prevents water from freezing to -11 C.

Urea is commonly used as a fertilizer but it’s also used as a de-icer. It continues to melt ice until the temperature drops to -6 C. It’s non-toxic and is used in many pet safe de-icers.

Calcium Magnesium Acetate is made from limestone and acetic acid which is what gives vinegar its zing. It’s only effective to around -6 C. It’s not a great ice melter but it prevents snow and ice from sticking to pavement, and creates dry, powdery snow which gives cars better traction.

If you need help keeping your sidewalk, driveway, or parking lot snow and ice free this winter, contact 5 Star Landscaping in Calgary. 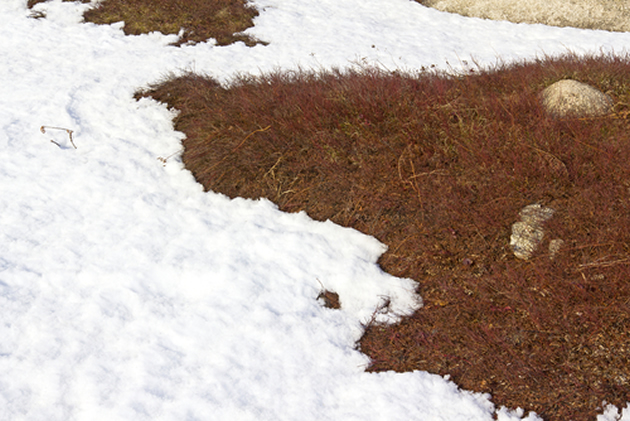 The snow is melting and grass all over the city is grey and brown. Of course, you want your lawn to look fantastic as soon as spring hits, so here are some great lawn care tips to bring your lawn back to life and keep it looking great.

We appreciate the way your crew has always treated us. We have recommended you to all our neighbours.

I have had work done by Five Star and found the quality of the workmanship excellent and the work was done in a professional and friendly manner.

The best lawn we’ve ever had since using your services!

This is the first year that I have used Five Star Landscaping for my lawn care.   I have found that they’ve lived up to their name being Five Star. They exceeded my expectations above and beyond.  I just had my fall cleanup done and an accident happened where the back of the blower burnt a hole in … END_OF_DOCUMENT_TOKEN_TO_BE_REPLACED

Good personal service. Take time to explain how to solve any problems. Honest and reliable.

Five Star Landscaping has been providing snow removal services for our residential property the past two winters.  Although we have been south most of the time, our kids stop by every week and have noted the driveway and front walk/deck area are always clear.  When we were home for most of the pas… END_OF_DOCUMENT_TOKEN_TO_BE_REPLACED

Polite and courteous service. The results are excellent overall.

Reliable, stands behind service and product used. Lots of knowledge and experience.

Thanks for the great service over the years!

Five Star Landscaping is well established and reliable company that has been servicing residential and commercial clients in the Calgary area since 1997.

For Your Free No Obligation Quote